One of the most important types of maintenance that you need to do for your hockey skates is to keep the blades sharpened. Just like any type of blade, the sharper the blade, the more effective it is. Hockey skate blades are no exception.

What Is Hockey Skate Sharpening Exactly? 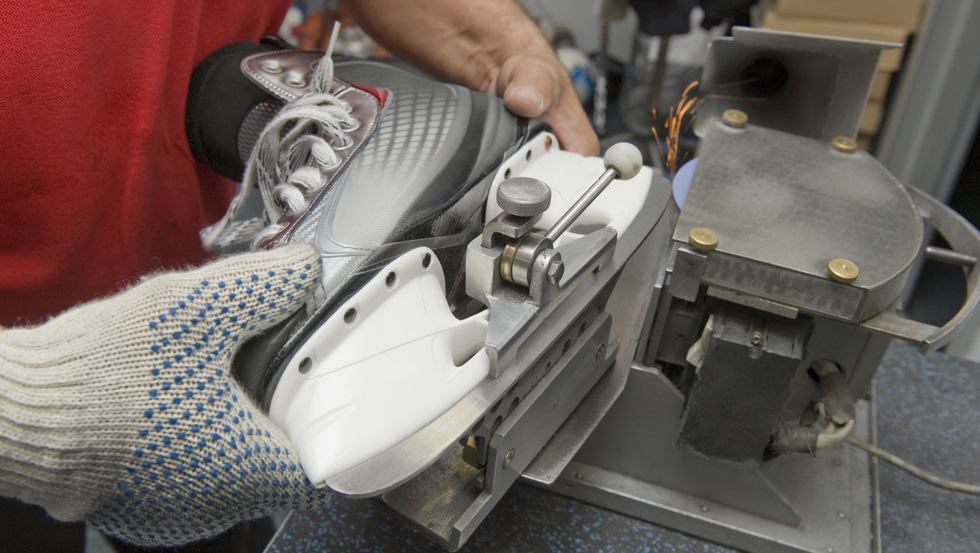 It might seem a little confusing since a skate blade is not as sharp as a knife, but it still needs to be sharpened. If you take a look at the bottom of your hockey skate, you will see that the blade is not a single edge, like you would find with a knife, but it is actually two edges with a hollowed out area in between.

When you sharpen a skate, the blade is run along a grinding wheel, smoothing out the blades and leaving you with a smooth, sharp edge.

When To Know It’s Time

While some hockey players sharpen their skates on a set schedule, such as before a game, if you do not skate often enough to know to do that, you can look out for the signs that show your skates are due for a sharpen.

Any of those signs will indicate that it is time to have your skates sharpened.

How To Sharpen Ice Skates

Sharpening your ice skates should not be something that you do on a whim or you run a large risk of sharpening them poorly or even damaging the blades. With modern technology, when you take skates to a shop for sharpening, they will use a special machine that locks the skate into position while a grinding ring sharpens.

While you can do it manually, if you can borrow or use one of these machines, you will have a better chance for overall success. The machines allow for uniformity that you might not get if you do it by hand.

You do have some choice as far as customizing the skates goes. The hollow, or the space in between the two edges, allows you to curve the blade or simply have a flat edge. The result is different depths of the hollow. Generally, there is no right or wrong way to finish the blade, but instead it is a personal preference, based on how you skate.

How Often To Sharpen Hockey Skates?

The amount of time that passes in between having your hockey skates sharpened depends greatly on how often you skate.

Players who are skating daily will need to have their professional hockey skates sharpened more than players who only play once a month. Competitive hockey players will often have their blades sharpened right before a game, ensuring that they are as good as possible. Ice skates for beginners might not be sharpened often but maybe once a year.

The time you spend on the skates is only one factor that can dull your blades. Other considerations include what the temperature of the ice is. If you are on incredibly cold ice, it will be harder on your blades than warmer ice would have been. If you are in an outdoor rink, you will need to sharpen more often that someone who only skates indoors.

Unfortunately, even when done by a professional, there is a chance that your blades have not been sharpened correctly. Having poorly sharpened skates will affect how you skate and impact your overall game. Major issues will make it impossible to skate in general.

Signs Of Sharpening Issues Include:

If you have any of the above issues after having your skates sharpened, it is time to take them back in for a redo. You should have this done by a professional at this point, who will be able to correct the mistakes. These types of mistakes can also prove dangerous, impacting your ability to control how you move around the ice, if you can even skate at all on the ice.

What Is Cross Grinding?

If your skate has only had cross grinding, you will not have the smooth finish you get from sharpening your skates. But you should never have your skates cross ground if it is not completely necessary. Skates will wear down quicker if they have been cross ground. In fact, skates that are cross ground only have about a third of the lifespan than the skates who do not receive the same treatment.

Benefits Of Sharpening Your Blades

Sharpening your hockey skates can dramatically impact your performance on the ice. You will get better bite into the ice, sharper turning, and better overall performance. If you are new to hockey, you should consider having them done by a professional before you attempt to do it yourself.

Sharp blades of any type will work better for you than dull or damaged blades will, but it is easy to sharpen incorrectly if you do not pay attention to how you are doing it or have not seen it done before. It is safe to start with a pro and learn what you should do before attempting to sharpen by yourself. 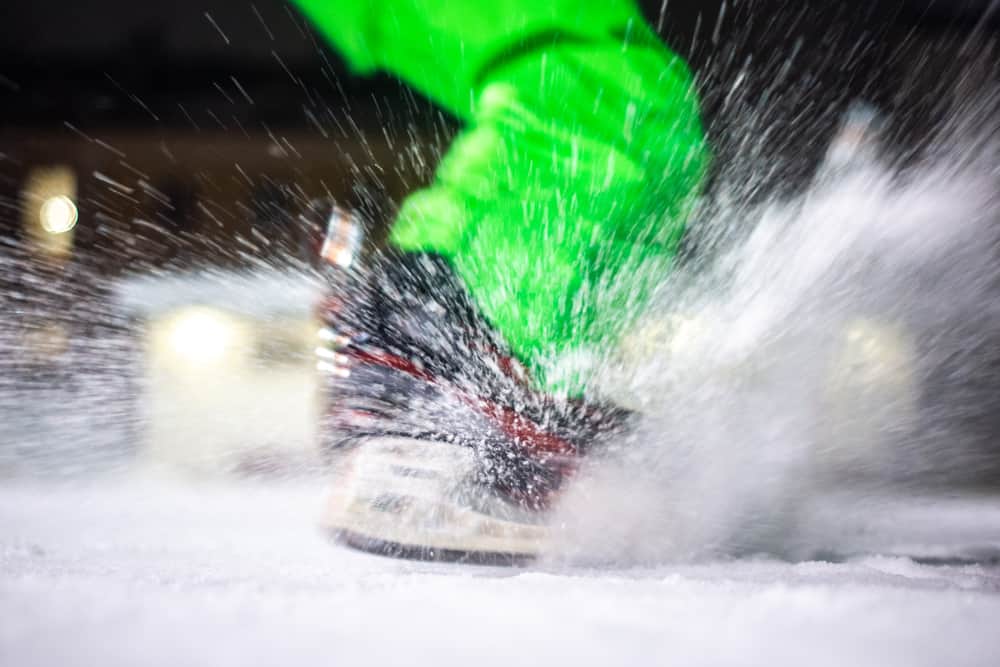 What’s up guys! It’s Brandon here. I’ve been playing hockey since I was a kid and I keep playing whenever I get a chance even now. And that’s why I decided to start Hockey Homie. I wanna help people who want to start playing hockey but don’t know what gear they should get. Enjoy!

hockeyhomie.com is a participant in the Amazon Services LLC Associates Program, an affiliate advertising program designed to provide a means for sites to earn advertising fees by advertising and linking to amazon.com

HockeyPursuits.com also participates in other affiliate programs and may earn commissions from purchases you make after clicking on links to products